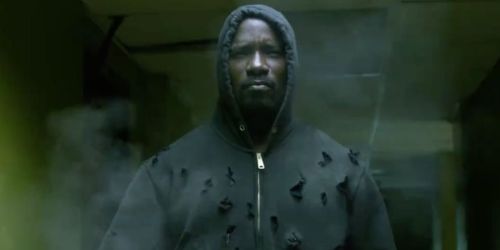 I don’t know if you’ve noticed but Black Twitter has been blowing up since Friday.

No, it’s not over politics, Empire, or even hotepism. Twitter has exploded due to Netflix dropping the long awaited Luke Cage series. Many people, including me, have digested the entire season in a matter of days. Marvel hits another home run but this one is a lot deeper than storytelling and character development.

Luke Cage is for our culture.

The portrayal of black men in media is often a subject that flies under the radar, until now. We could go into how when black men are victims of police brutality the first thing we see is their record or a questionable photo but I’ll digress for another day.

As a kid I was a huge Power Rangers fan. While most children argued who would be the green or red ranger my cousin and I would literally throw hands to see which one of us could be the black ranger. The black ranger was so important then and I didn’t even realize it until I was older.

Seeing someone that looked like me saving the day gave me hope that maybe one day I’ll be able to kick Lord Zedd in the face and save Angel Grove. Granted, I didn’t know that it was all fictional but the importance is still relevant.

Luke Cage does that not only for the new generation but the entire entity known as black culture.

I’ll do my best not to reveal any spoilers but fast forward to episode 11 and listen to Method Man’s freestyle about Cage. It perfectly sums up everything he means to black people in a time where we’re seen as threats.

Even in all the triumph Luke Cage has absorbed, there have been some criticisms. Some say it “lacks diversity.” In other words, the show is too damn black.

That criticism alone should point to how black people live day to day. We need to stay within certain parameters in order to make others feel comfortable. The fact that Marvel decided to throw that aside and not only make the series black, but unapologetically and in your face black, speaks wonders. Luke Cage is a symbol of strength, literally and figuratively, for a group of people who’ve exemplified it throughout their entire existence.

Hey, guys. Instead of the usual this week I’m posting something for the site I write for. Catch more goingfor2.com 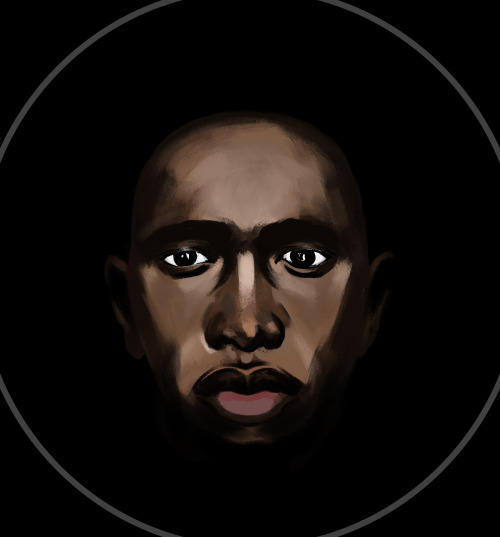 The Life and Times…

We’re getting serious af this week. If that’s not your lane then I understand, I promise I’ll bring some of the usual heat next week.

I don’t know if you’ve noticed but it’s election season. Every single time I log onto Facebook it’s a meme of one party dissing another or someone demeaning someone for something….it’s exhausting.

One of the most frustrating things about this election season is the stance on police brutality within the black community. I, as a black man, am petrified by what’s going on around me. Seeing fellow men of color being shot for virtually nothing puts me on edge everyday.

Side bar: please, don’t come running in my mentions with “black on black crime” retorts. It’s played out and has no relevance to the issue at hand. You’re just a troll trying to deflect what’s going on. Go back to your bridge.

Back to the topic, being a black man in America today is being in a constant state of fear and being feared. That at any moment your life can take a dark, twisted turn for the absolute worst. All because of the melanin in your skin.

For those screaming, “not all cops are bad.” I agree, but please see the side bar written earlier.

I’m sure many of you reading this are saying that it’s an exaggeration. Life can’t be that hard for black men and I’m being dramatic. Get over it, slavery and racism are over. (that’s my favorite line ever.)

Allow me to tell you a story or two.

I used to live in Central Virginia, one of the prettiest places on earth. We lived at the foot of a mountain and each season was breathtaking. One fall evening my girlfriend, my sister, my brother-in-law, and myself wanted to try a BBQ spot that was about a mile away from our apartment. This place was tucked between a few high class restaurants and a coffee shop. While walking to the spot we had to pass a really nice, and very expensive Italian restaurant. As we got closer I started to see “the fear”. An older white couple saw us walking and immediately crossed the street. The patrons in the restaurant window stared at us and did everything but scream, “we don’t carry cash!” as we walked by. Even the valet guys tightened up, their face was covered in terror. I’ve seen “the fear” before but never at this magnitude. After paying for our meals we walked back to my car and left. As we went up the hill to leave there was a police cruiser parked and waiting. He wasn’t there before and he didn’t pull us over but I had a feeling someone called the officer once we walked by. So many emotions ran through my system: fear, anger, disgust, and even embarrassment. Why are these people so afraid of us? What did we do to harm them? We just wanted some bbq, that’s all.

The irony? That restaurant was in the middle of a historic black neighborhood…..

That’s the night I decided to leave that area once our lease was up.

That experience isn’t only limited to me. Everyday thousands of black men have to look “the fear” in the eye and hope they can live to tell the story. It’s not an exaggeration and it’s not paranoia. Black men are feared more than an Adam Sandler movie. We’re seen as a real life horror entity that only exists to destroy. There is no age minimum for this fear; young black boys are also seen in the same light as men.

I have two younger male cousins that are in college. Both are in their early twenties and like doing things that college kids do. One is your normal size guy, nothing intimidating. The other plays collegiate football, he’s huge in every sense of the word. Earlier this summer I had to send them a message, a text that broke my heart. I had to tell them that if they are encountered by police and feel as if they’re being harassed then just comply and ask for their card or badge number. Asked to be cuffed so that they won’t be accused of reaching. I told them just to survive. A dead man can’t tell his side of the story.

That is a reality that’s all too familiar for black families. My father has had that conversation with me many times and I’m sure I’ll have that talk with my children one day. I didn’t get it as a kid but now, as an adult, I understand and thank my father for planting that seed of awareness.

This isn’t meant to for pity or to guilt anyone for anything. I wrote this to give a glimpse to what it’s like being black in America. The daily struggle of keeping your sanity while looking over your shoulder. The fear that a miscommunication with a public servant could lead to your death. The sad part is that there are far more worse stories than that.

The saddest part is that as hard as it is being a black man in America it’s ten times harder being a black woman. That requires a strength that I could never achieve or even put into words.