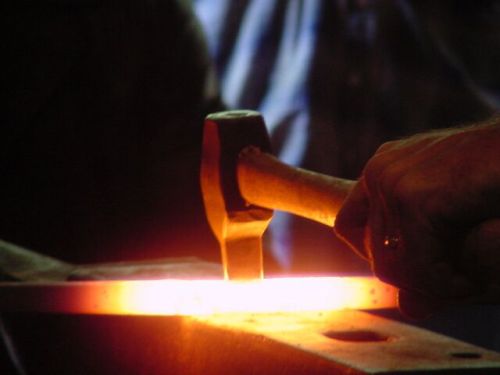 It’s summertime so that can only mean one thing. The long days of having nothing to watch other than golf and baseball. Maybe those sports are your vice but for most of us it’s a hard stretch of the year. Basketball and hockey just ended and football is still a few months away.

It’s not all bad though, NBA free agency is coming and that’s always exciting. I can’t put my finger on it but there’s something fascinating about seeing someone sign a multimillion dollar deal. Maybe, in our wildest fantasy, we’ll sign a contract like that and be set for life.

There’s one commonality with every free agency season and that’s the athlete’s usage of leverage to obtain as much money as possible. A trait that we all could master for future endeavors.

It’s rare when the employed have leverage over the employer. Usually the downtrodden have to play by the boss’ rules or suffer consequences. I guess that’s another reason free agency is so appealing. For once, someone else other than the establishment can throw their weight around however they see fit.

The hardest thing about leverage is creating, or appearing, to have substantial value. Athletes get to dictate these meetings because they’re perceived valuable and owners will jump through a few hoops to please them.

How do non-athletes create value?

There are a few routes.

Relationships. No matter what you do in life relationships are important. They should be valued. They can also but subliminally used as leverage when the time comes. It’s a lot harder to get rid of you if people like you. It should go without saying that you shouldn’t have relationships with people just to use as leverage down the road. I’m just saying it can help in the long run.

Competition. Nothing catches and employers attention like someone else coming after you. We see it all the time. Employer A sees that Employer B wants one of their employees. That immediately increases your value. If Employer A is really serious about keeping you then you’ll have some leverage at hand.

Skills. The easiest, and most effective, way to get leverage is to have skills in whatever field you’re in. It can come from being a jack-of-all-trades or a specialist in one area. Having skills means the other forms of getting leverage (competition, relationships) are only enhancers. Having skill will also be your catalyst to gaining leverage. The more you learn and master, the better you’ll be down the line.

There you have it, a few tips on how to obtain and wield power. Be careful, burning bridges aren’t wise. You just never know…. The Death of a Brand?

ESPN has gone through a lot over the past year.

Big time names like Colin Cowherd, Bill Simmons, Mike Tirico, Skip Bayless, Jason Whitlock, Ray Lewis, and Chris Carter have left the worldwide leader in sports for different reasons. The company has gone through massive budget cuts in order to stay afloat and the talent, as well as the little guy, have suffered the consequence of saving the bottom line. This mad exodus has many wondering if this is the end of ESPN.

Short answer, no. ESPN shouldn’t be worrying from a brand perspective.

The thing about sports is that people will always obsess about them. For decades ESPN has been the sports mecca and that won’t go anywhere anytime soon. Sure, if you go on twitter you’ll find those who complain that ESPN pushes a certain agenda and silence those who don’t comply. But if someone complains alone in the woods do they make a sound?

ESPN still has a lot of talent on their roster. The good thing for them is that talent still wants to work there. I’d bet a small fortune that anyone at FS1 and NBC Sports would jump at the opportunity to be poached. ESPN offers the biggest stage, better resources, and more opportunities than any of its competitors.

That’s their saving grace through all of this. If ESPN wants to make it past this storm they have to sell that. They also have to sell that they can create stars because of those opportunities. As long as ESPN remains the worldwide leader then they shouldn’t be too threatened. I’m not a gambling man. I work too hard for my money just to give it away to something when the odds are stacked against me.

Under Armour, on the other hand, likes to gamble.

The sports equipment company that was founded in a basement is now hot on heels of Nike and has already surpassed Adidas. The unbelievable part of UA’s rise is that it’s only been in business for 20 years. Nike and Adidas have been around the block a lot longer.

So what’s their secret?

Steph Curry is phenomenal. He’s the reigning NBA MVP and is on the verge of repeating that honor this year. When Steph entered the league everyone knew about his smooth jump shot but that’s about it. He was considered small with glass ankles. Now he’s an unstoppable force and it’s all thanks to UA. If you want a more in depth look into Steph’s journey feel free to click here.

Steph isn’t the only investment Under Armour has made that’s paid off. Cam Newton’s history making season has added to the UA stock.

Since we’re talking about it, let’s just state the fact that Under Armour has the four reigning MVPs signed to their roster (Step Curry, Bryce Harper, Cam Newton, and Carey Price). It doesn’t hurt to have Tom Brady and Jordan Spieth in the wings too.

UA also makes a quality product for a reasonable price. I’ve read many reviews claiming that Under Armour’s shoes rival, and even surpass, Nike’s footwear. The company is truly on the upswing.

A swing that doesn’t have a end in site. Since its inception ESPN has been the mecca of sports coverage. It’s been in the midst of many classic moments. Sportscenter has not only been a staple but a catapult to some of the biggest names in the industry. ESPN has expanded over the years by adding things such as fantasy football and other games but there is a competitor quickly climbing the ranks. ESPN is still top dog in the broadcasting arena but is losing ground in the sports coverage aspect.

Bleacher Report (b/r) launched as a digital media company in 2007. It covers hundreds of teams around the world and gives its users easy access to anything going on in sports. b/r also taps into pop culture; writing pieces on new shoes, music, and many other things.

That’s not even the genius aspect of b/r. The site also allows average Joe’s like you and me write, and publish articles on their site. That’s right, you have the opportunity to write about your favorite team(s) and have it published! b/r also collects reports, tweets, and other materials from writers who work for other publications and puts them all in one place. Why pay a beat writer, like ESPN, when you can just put all of their information in one place?They have harnessed the power of social media and used it to their advantage. b/r’s team stream has taken fandome to another level. I know I check the Eagles team stream every hour. It’s easy, accurate, and there’s always something new to read.

If it weren’t for the strong relationships that Insiders at ESPN have developed around multiple leagues then b/r would be a clear cut favorite for breaking stories first.

With all that being said I believe that there is enough room for both entities. ESPN has a lot of personalities and the resources to make sure their people can reach a wide audience. ESPN’s programming is still second to none (especially His & Hers and the 30 for 30 series). As long as they have that going for them then there’s no reason to fear b/r just yet.